Event Review - It began at the front door of The Rumpus Room as you turned the latch to the right and opened the mission brown garage door. The door only opened three quarters of the way before it was stopped by a fence, part of it clad with galvanised iron, The only way in was to head left as instructed by the arrow spray painted on the iron fence. A few steps along the internal boundary fence it became evident that there was a large-scale photograph on the back wall, illuminated by an overhead floodlight. It was now clear that the audience were being forced along a constructed pathway in order to view the photograph. The spaced had been filled with temporary fencing (complete with concrete footings) and had been arranged in a fashion reminiscent of queues at airports, banks, government agencies, art museums and the like. A tight zigzagging path of back and forth, back and forth between the makeshift galvanized iron/steel mesh fence and the actual brick wall of the garage. The layering of the mesh fencing that formed the pathway through the space obstructed the view of the photograph; a small pink sign with the word muslim written on it, pinned upon a black wattle tree amongst a McCubbin-esq landscape.

One visitor reflected; “the syntax of the physical constraints positions the encounter somewhere between the building site, crowd control and a public event. I was uncertain as I moved through.” Indeed the passage way was tight, one’s body brushed against the steel fencing creating tinkering sounds as wire tapped against mesh, as one’s shoulder bumped upon a pole shuddering panels within their concrete footings, reverberating their bright timbre. To those out the back, eatin' and drinkin' these sounds indicated the space being occupied, all went silent as we waited to see who was spat out into the backyard; the new arrival. 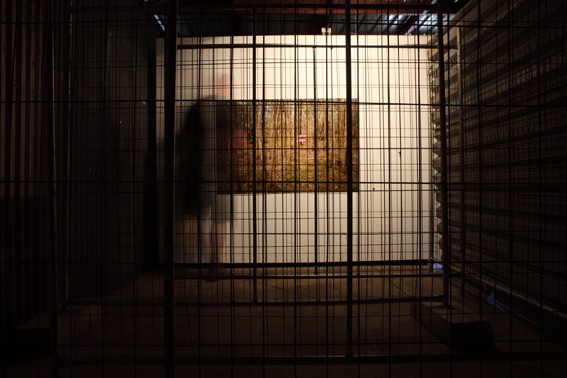 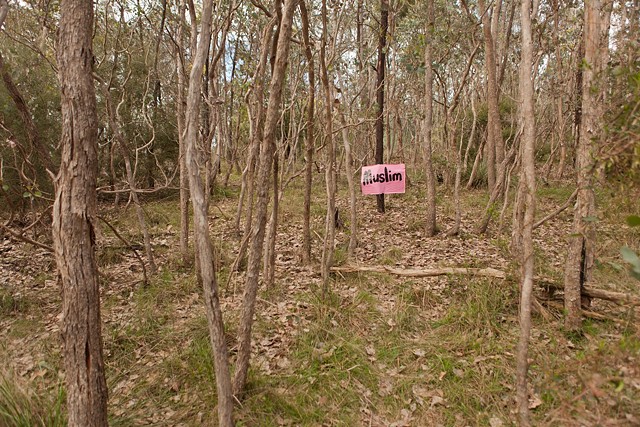 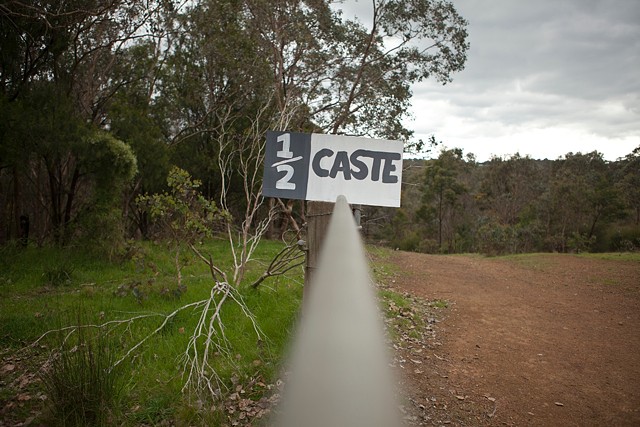 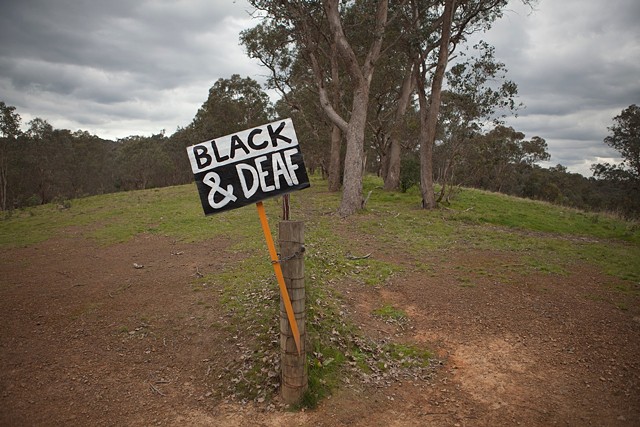